You have no items in your cart

It's going to be another beautiful spring in your garden! We are delighted to celebrate 150 years of gardening friendship with you!

"Your success and pleasure are more to Park than your money." The motto of our founder, George W. Park, has been the inspiration for Park Seed Company ever since its 1868 founding at the kitchen table of a 15-year-old boy who hoped to sell seeds from his own garden for a little pocket money.

Mr. Park considered gardening a spiritual delight as well as a useful and pleasant activity. In early catalogs, he encouraged gardeners to form clubs and swap seeds, even printing nature poetry they had written. His catalogs united gardeners in remote rural areas, and by 1918, Park Seed Company had 180,000 customers.

Today our gardeners number in the millions, yet we still adhere to Mr. Park's original motto. We may be connecting online through social media rather than handwritten letters, but the spirit and the result is the same: bringing the joys of gardening to as many people as possible.

Who would ever have imagined that 15-year-old George W. Park, advertising seeds for sale from his own small garden, would found America's most beloved mail-order gardening company? The year was 1868, and George placed an ad in the Rural American -- a daring move, since it cost a whopping $3.50. To his surprise, within weeks he had received $6.50 in orders. The course of his life was set, and generations of American gardeners are the better for it! 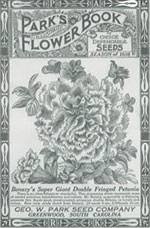 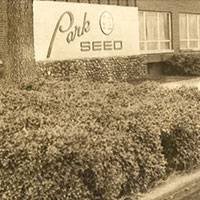 At first George printed the catalog using a hand letterpress with woodcut illustrations. It was slow going, but from the beginning, George always made space for his customers to contribute letters, garden advice, seed swaps, and even original poetry. He fulfilled the promise of his motto in every edition of his catalog: "Your success and pleasure are more to Park than your money."

The company quickly outgrew its original Libonia, Pennsylvania headquarters, and in 1902 George moved it to La Park, Pennsylvania, near a large railroad station for easier and quicker shipping. Now Park Seed Company offered plants as well as seeds, a welcome event for gardeners in remote western US territories.

In 1918 George married one of his customers, a home demonstration agent in Greenwood, South Carolina. He moved the company to her hometown, where it has remained ever since. Mary Barratt Park became as dedicated to gardening as George was, and took over when he died in 1935. They had two sons, who eventually led the company as Mary grew older. George and Mary's grandchildren ran the business until the early 21st Century.

One of America's oldest and largest mail-order seed and plant companies, the Geo. W. Park Seed Company, was founded in 1868 by 15-year-old George W. Park in Libonia, Pennsylvania. Deciding to sell seeds he had harvested from his backyard garden, young George bought a hand press and printed a list of the seeds that he wanted to sell. In addition to circulating this list to friends and neighbors, he also bought an advertisement in The Rural American for $3.50. The ad resulted in $6.50 in seed orders. With this success, George Wyatt Park found his life's work!

Park Seed Company published its first small catalog in 1868. The book contained just 8 pages and used 2 illustrations—wood cuts of an aster and a pansy. In 1871, Park Seed initiated a monthly publication called The Floral Gazette. Definitely more magazine than catalog, The Floral Gazette offered its readers a forum for sharing gardening experiences and a seed exchange column that encouraged readers to trade seeds, bulbs, and plants.

It also carried a significant amount of advertising, including ads from other purveyors of seed. By 1877, the name had changed to Park's Floral Magazine and circulation had grown to 20,000. By 1918, that figure hit 800,000!

The growing number of catalogs brought in ever-increasing numbers of orders, and by 1900, it was clear that the business had outgrown the small post office at Libonia. Park Seed Company moved to La Park (now Paradise), Pennsylvania in 1902. 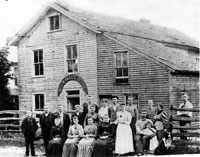 In 1918, George Watt Park married Carol Mary Barratt, a young county home demonstration agent from South Carolina. Mary moved to La Park and became both a partner in the business and the mother of two sons: George Barratt Park and William John Park.

Eventually becoming fatigued with cold Pennsylvania winters, the Park family moved to Dunedin, Florida, and produced a catalog there in 1923. Unfortunately, while the family enjoyed Florida, the heat and humidity proved to be highly unsuitable for storing seeds. In looking for a better environment for the business, they settled on Mary's hometown of Greenwood, South Carolina, and moved the business there in 1924. 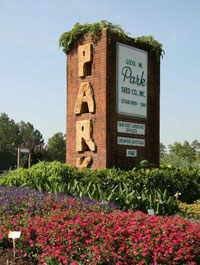 For the first 25 years in Greenwood, Park Seed Company occupied a large old house. Then in 1950, they made a move to a more modern storefront location and entered the era of environmental control for seed quality. 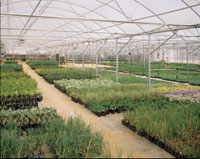 Eventually, Park Seed obtained 500 acres (2 km2) on the northern edge of Greenwood, and designed and built there a total business complex to house the company's offices, research facilities, seed storage and processing areas, temperature-controlled areas for storing plants and bulbs, computer facilities, mail-order department, and customer service facility, plus its catalog preparation area and a showroom and reception area for its rapidly growing wholesale division. The core buildings of this campus were completed in 1961. The company resides there today, continually expanding and renewing the complex to meet changing requirements.

The on-site trial gardens and retail store closed in 2013 as the company shifted to a fully online-based garden retailer.

Committed to offering the best for the garden, Park has always maintained the highest standards in products and service. Three generations of Parks guided the company until the early 21st century. It is now under the aegis of JPPA, Inc. Park Seed continues to provide the finest seeds and plants for the home gardener, in accordance with George W. Park's original motto: